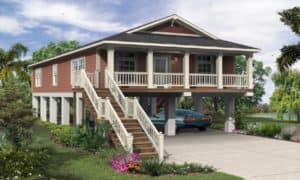 The next question is, how can homeowners obtain elevation certificates?  Obtaining an elevation certificate is as simple as hiring a state licensed surveyor and paying the fee.  Depending on where a property is located, the cost could be anywhere between $500 and $2000 so like anything else, a homeowner may need to shop around for the best deal.

Another benefit to obtaining an elevation certificate is simply being aware of what a homeowners true risk is when it comes to flooding.  This knowledge could affect the decisions that homeowners make regarding what type of items they will allow to be housed in their basement, or help them to plan and implement a plan should a flood warning be issued for their area.

While it is understandable for some homeowners to be wary of obtaining flood insurance certificates due to the cost, only positive outcomes can be had.  With the weather becoming more volatile, it makes sense for homeowners to shift their thinking to a protective mindset.  An elevation certificate, while costing a fee, will ultimately give a homeowner guidance on where the property stands as relates to flooding risk and in the best cases will provide relief for flood insurance rates and even possibly a refund for homeowners with flood insurance in place who had been rated on an incorrect BSE.

They have provided me with quality insurance at a very reasonable price.Juan C.
RW
They are a pleasure to work with and always have my companies back.Rachel W., Legendary Therapy

I have always had good communication with questionsSam- P., Perel Properties

You always take the time to answer questions and explain everything fully.Pat C., Edison, NJ
M
It is reassuring to know that Beckerman & Co. is there for us when we need.MJ, Great Neck, NY
See All ReviewsSee All Reviews